492 Korna Klub at the Truth Booth 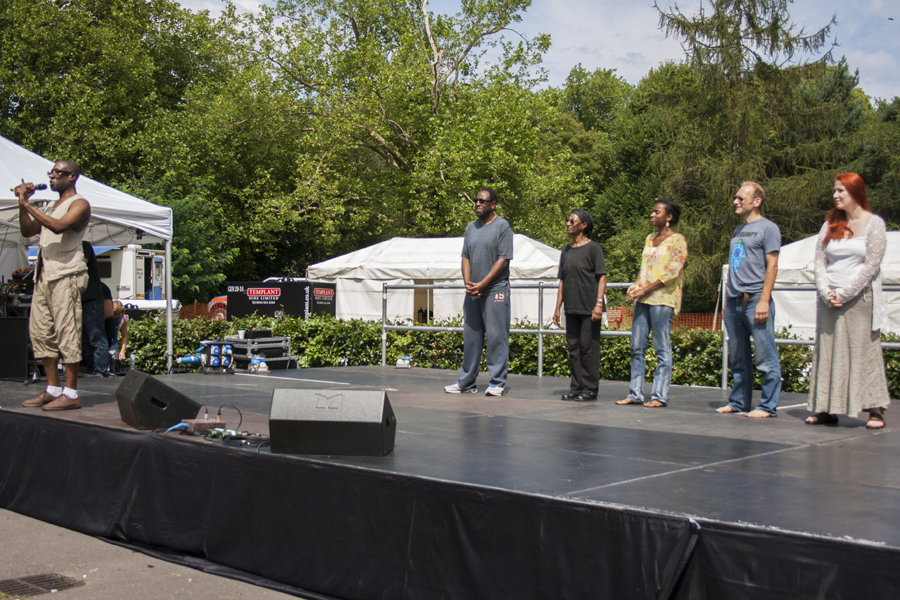 What is the Truth Booth?

The Peckham Truth Booth is a project inspired by the Artist Adam James and delivered in association with MOCA London. The truth booth is an uncensored stage aiming to celebrate free artistic expression and encourage community engagement. A range of free events are organised from July to September in Peckham’s Copeland Park. From workshops to live performances and screenings, all these events are focused on topics exploring the truth in collaboration with the audience.

492 korna klub cast members were invited to perform live on Friday 25th September 2015 at 7:30 pm. The ensemble, that is performing live improvised scenes around the characters of the radio series and interacting live with listeners on a weekly basis, will transfer this engaging atmosphere to the upcoming performance in front of a live audience.

492 Korna Klub project is inspired by the Theatre of the Oppressed and actors use theatre techniques such as Forum Theatre to challenge the audience and facilitate the discussion around social and controversial issues that concern us all. Over 75 episodes have been aired with great success and growing participation examining issues such as domestic violence, gangs, divorce, parenting and homosexuality so far.

Under the guidance of director Tony Cealy, the cast will develop stories around topics suggested by the audience and will also invite spectators on stage to take the place of one of the characters that is facing a dilemma or problem and propose solutions to determine the end of the scene. The goal is to achieve a more positive outcome and identify the challenges around empowerment and social cohesion.

Members of the audience will only have the opportunity to witness an innovative project but will also be able to ask the characters questions. Becoming actors themselves, the spectators will freely express their point of view and make suggestions to solve the problems presented. Actors will encourage and provoke the audience in search of the truth, in a performance led by the audience and shaped by collective decisions and contradictory opinions. Each performance could last up to 20mins, longer depending on the involvement and interactions from the audience.