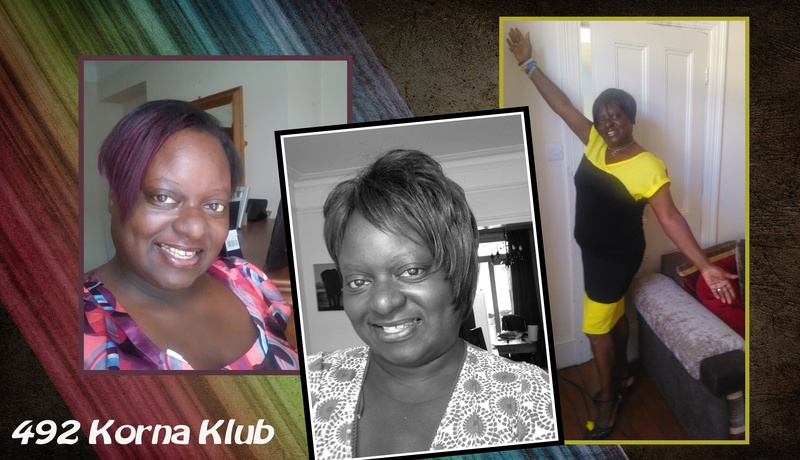 How did your career in acting started?

I ‘ve always done it even as a child. I ‘ve dilly dallied in to it, I ‘ve never taken it up as my main profession. In fact my main profession is as a youth worker and that’s what paid all my bills and allowed me to get on with my life. I never made it as an actress but I always had it on the sideline as something that I ‘d like doing so I ‘ve always done extra work, little things, theatre so that’s how I got into it and stayed into it.

Was there someone or something specific that inspired you to become an actress?

I think it was just watching all those old musicals on TV with Judy Garland, Liza Minnelli. Every Thursday night they used to be these great grand musicals like “South Pacific” and all that sort of stuff. I just loved the colours, the clothes, the singing, the background, it’s brilliant and you just end up singing all the time. Then as you grown up you hone in on your specific style and then at school every time there was a school play I used to be one of the lead singers and that’s how I started enjoying theatre and drama.

Do you think that you could do something completely different as a career?

Well I am looking to go back in University to study law now. Because I think that is where my true vocation lies. Everyone I know have always said “you know, Paulanne if ever I was in trouble, I ‘d love for you to be on my side. You know how to argue a case, put your points across and get on with the job”. I think it would be helpful if we all knew our rights sometimes. I think I want to give up work so that I can do a two years degree in law and take it from there. So it’s another thing that I am going to do but also I am a mixologist in my spear time as well, so I do cocktails for private parties. I can come by your house and mix up your bar and liven up your party!

Can you say a few words about the characters you play?

My main role is Shirley Munroe the youth worker for the 492 Korna Klub. She is basically an established youth worker at the centre but she does not get on very well with the centre manager. It’s not that she hates him but she realises that they have different ways of dealing with things. At the present moment she is in a tricky situation in that her job basically is in his hands. Between him and the trustees, they are deciding whether she has or she doesn’t has a job. Something happened within the centre I cannot say too much, which could be the make or break of her career and it all depends on how she deals with that.

You mentioned that you work as a youth worker in real life, so can you relate to your character?

Yes in real life I work as a youth worker and I think that is how I can relate to Shirley Munroe. I know the in and out of how youth workers run in local authorities, some of the issues that come up with that, so I can understand what they are trying to build up in the community centre. It’s about what to put in place, where to get funding from, how to work with young people so I ‘ve already got that idea I am already a youth worker. That was not my original character though; I wanted to play Wendy Mckenzie. But that is my new role and it was not going to be needed at the beginning so I was asked to play Shirley and I was quite happy playing that role.

Could you tell us a little bit about this new character Wendy?

Wendy Mckenzie is actually the mother of Fiona whose father is Winston. Wendy had Fiona with Winston when they were young people, but she was one of the many girlfriends that Winston had. She does not live near the family and her only interaction with Winston now is through Fiona and I think she is at the point where she is over whatever happened between her and Winston. Her sole interest is Fiona. She does not have a good relationship with Winston or his family. I think that is the same with most of the other women he had. Perhaps the Henrys really don’t care too much for her so she doesn’t spend a lot of time with that family, she is there on occasions and in the best interests of Fiona.

Is there something specific that you have learned or gained from this project?

I think I am learning about team working in a large project like this. It’s a different way of working, you haven’t got all those expressions to do but somehow it has to come through in your voice. So it’s really about learning how to bring out those expressions so that if someone is listening they can somehow work out how you are feeling, who this person could be, what they might look like and it all has to come out through your voice. I think that is something I am learning and I will be learning for quite a while because that is new to me so that’s not so easy. Sometimes you are in the studio recording and you are moving around as if you are acting and really is not necessary but you got to get it through your voice how you sound so that’s a new experience.

Was there someone that told you that you could not make it in the acting business?

I ‘ve already been told I won’t make it. I mean years ago, I did try to pursue the acting career, I did go to all these auditions and out of a hundred you will probably lose 90% of those jobs. I can’t carry on like this, I need a job, I need money and I can’t stand the rejection so that’s how I moved off on to the youth work field of working. Because you need regular money and you need to get your life going and I think if I waited on an acting job, things would not have gone very far. I ‘ve got acting friends who still to this day can’t even afford their own home because they do not get that much working. I always thought it was a waste of time I wouldn’t pursue the professional career in acting I like doing the little extra work which is much easier to get.

If ideally you could play any part you want in any film which one would you choose?

I don’t know. I think I ‘d love to play a part in a musical or a big large production like the Wiz with Michael Jackson and Diana Ross. It does not get a lot of air play but I think it’s one of the most amazing music film productions I ‘ve ever seen. I ‘d like to be in it just for the spectacularness of it.

If a young person asked you about what he or she should do or should not do to become an actor or actress what would you respond?

Always have a contingency plan, obviously an alternative career because you never know. For every successful actor there are about a thousand out there that don’t make it. But go for it, give it 100% and try, don’t go in it thinking you might not make it. I think anything you try to do, you try and give your full 100% and believe in yourself, have confidence that you will do something. I would say learn your craft learn, all the things that you need to do, don’t try to be sloppy about it and take advice from people.

Definitely there is always a real person like Shirley Munroe out there. There is always a Wendy Mckenzie, a Winston, a Dorothy, an Arthur. There are lots of them out there, so they will relate to the characters. What I am hoping is that now that the show is on air people will ring in and give advice about which way they ‘d like to see the characters going. I think the play can do with the input of the public about the direction that the characters should take and I think with that information it will make it much more relevant drama for the public.